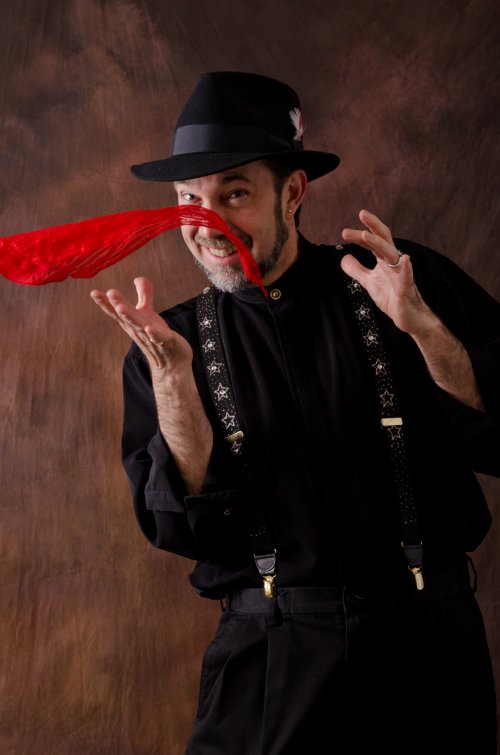 Star Alexander is a motivational magician and “edu-tainer” who has studied and interpreted the art of magic and created magical experiences for audiences of all ages since he was 8 years old.

The most asked question almost EVERY magician hears, (if they are a good magician)  is …  “How did you do that?” and “Do that again!”

I have been asked that question for as long as the art of Magic has been in my life! (I’ve also come up with some pretty clever answers!) I have also pretty much since the beginning been aware that Magic opens the mind to “WONDER”. After all, no matter what we call them (tricks, magic effects, etc) the art of Magic, when properly performed, leaves those watching in amazement or definitely “wondering” what just took place. If you truly want to learn how to create REAL MAGIC, I suggest you take a look at my e-book …“I Don’t Do Tricks, A Professional Magician’s Perspective on how to create Real Magic (RM)”

* E-book by Star Alexander (from the Introduction)
“All throughout my career, young people and their parents have come to me and asked for advice on how to become a magician. The time has finally arrived to put all that advice into this book. There are literally thousands of books on the subject of magic and magic tricks, there are not so many on the performance side of the issue. They do exist, but none of them are MY perspective!”

What is REAL Magic (RM)?
At this point, I think it’s important to clarify what I mean by “Real” magic.
As musicians ‘interpret’ music, so magicians ‘interpret’ magic based on many different factors, including but not limited to their own philosophical biases and beliefs. It is in this context that the rest of where we go with this will make sense. And in fact, it’s the major reason for writing the book in the first place! RM goes so much further than doing things that others think is impossible. RM is on the edge of impossibility. Becoming a true magician requires learning to think about what is and isn’t possible in new ways. It also means that we may need to alter our consciousness in order to achieve the desired outcome, and at the same time WE will be altered as well…

[read the rest by ordering the book!]

This e-book contains years of experience, coupled with a wonderful style and an all around great perspective on the subject of magical edutainment.

PLUS  Star teaches how to do the ONE Hand Shuffle!